Gifts of the Past

It seems you can’t go anywhere this time of year without a barrage of advertisements flaunting gifts for everyone on your list. “Ad fatigue” can lead to nostalgia, dreams of the white Christmases of yesteryear when good food and family were all you needed. But was this fantasy ever really a reality? Did gifts carry the same cachet, say, in the medieval period?

The simple answer is yes. Gifts were exchanged throughout the holiday season, from Christmas to Epiphany (January 6). In fact, one of the most famous scenes of medieval holiday revelry shows Jean, Duke of Berry (1340 – 1416) presiding over a New Year's Day celebration, known at the time as the étrenne. He gazes out over tables laden with glittering objects suitably sumptuous to act as royal gifts. Thanks to his meticulous records, we know that some of the most prized gifts, both given and received, included jewels, gold vessels, and illuminated manuscripts.

Sentiment may have played some role in such gift-giving, but, more crucially, these gifts were essential to defining political, familial, and spiritual relationships. And, of course, the holiday season wasn’t the only occasion for gift-giving in the medieval world. They were also given at coronations, marriages, and consecrations just to name a few. 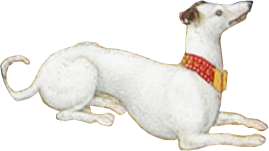 Husbands gave Books of Hours to their new wives. (In fact, the aforementioned duke’s library included the Book of Hours given to Jeanne d'Evreux, Queen of France, by her new husband King Charles IV of France.) And it is easy to imagine a manuscript like this precious Book of Hours that we call the Champagne Hours in the hands of a young bride.

The illustration of Pentecost shows Mary and several of the disciples holding small books. It is easy to imagine a young bride similarly holding a Book of Hours as she recited her prayers, BOH 131 ff. 21v-22.

It is little wonder then that many of these books became heirlooms in which families would record notable events. One example is the extensive livre de raison in the Villeneuve Hours.

From 1575 to 1953 the Villeneuve Hours remained in the hands of the same family, who recorded birthdates, deaths, and weddings throughout the calendar, in the text of the Seven Penitential Psalms and at the end of the Office of the Dead, BOH 126 ff. 13v-14.

Almost two hundred years later, these manuscripts were still seen as worthy gifts valued for their rich artistic content as well as their spiritual significance. The sumptuous Monypenny Hours bears witness to this trend with an inscription found on its upper inside cover: “Dedit Leonardus Renardi filio suo Annae anno 1683 19 Augusti” (Given by Leonard Renard to his son Anne on August 19, 1683).

Detail of the inscription from Leonard Renard to his son Anne in the Monypenny Hours, BOH 102 interior binding.

As is often the case today, medieval gifts often had “strings attached.” Reciprocity was an important aspect of gift-giving. An object like the sapphire portrait ring of Gabriel Bethlen, Prince of Transylvania may have been given as a means of granting diplomatic favors or inviting loyalty.

We believe that this sixteenth century volume of courtly love poetry was made with an aristocratic patron in mind. Its handsome script and painted initials suggest it was intended for a member of the French court. Was it given by a poet who was currying an aristocratic patron's favor or was it a thank-you gesture to an already reliable patron?

The care taken when transcribing and decorating this manuscript suggests it may have been intended for an aristocratic patron, TM 860, ff. 57v-58.

Reciprocity even found its way into medieval religious life. The giving of alms or supporting religious institutions was a means of seeking God’s compassion following such iconic models as the gifts of the Magi to the Christ child. Likewise, the commissioning and donation of a manuscript such as a Choir Book was a means for a member of the clergy or a lay person to ingratiate themselves with the Church. 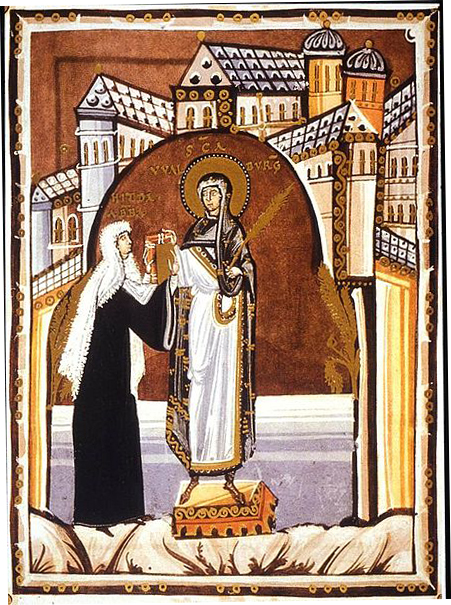 Whether religious, romantic, festive, or “just because,” gifts permeated medieval life. They came in many shapes and sizes for an even wider variety of recipients. Over the next few weeks, we will be featuring such gift-worthy objects at our Chicago, New York, and Paris locations: delicately illuminated manuscripts, glittering miniatures, and skillfully-crafted rings. These objects offer us a glimpse into diverse artistic practices and the taste of those who commissioned them. The works that have endured to the present day are the truest gifts of the past.

To read more about gift giving in the Middle ages, two helpful introductions are The Languages of Gift in the Early Middle Ages, edited by Drs. Wendy Davies and Paul Fouracre, and Dr. Natalie Davis’s The Gift in Sixteenth-Century France, just to name two.