When a fly in the ointment is a good thing.

A look at an apothecary's handbook

Today, the global herbal medicine market is growing at a remarkable rate as we look for safer and more sustainable ways to keep and improve our health. But we may forget that the plants, minerals, and animals found in our own backyards were once the only tangible remedies for the maladies – from stomach upset to cancer – that humans have undoubtedly always faced. What did pharmacology (the branch of medicine concerned with the uses, effects, and modes of action of drugs on living systems) look like in the West before the medical revolution of the seventeenth century?

The history of Western pharmacy shares its story with the history of medicine: both evolved from centuries of Ancient Greek knowledge about medicinal plants, passed down through practice and word-of-mouth. In the 1st century A.D., a Greek physician named Pedanius Dioscorides compiled all the medical knowledge at his disposal, and composed a five-volume pharmacopeia, De materia medica (On medical material). Including some 600 plants, with some minerals and animals thrown in for good measure, it records about 1000 medicines made from them.

If only Dioscorides could collect royalties! De materia medica was a true bestseller: supplemented by the natural histories of Pliny, Theophrastus, Aristotle, and others, it remained the foundation of pharmacology for 1500 years. In the later Middle Ages, De materia medica was translated into several vernacular languages and expanded by commentators as new substances reached European markets from far-off lands.

By the late Middle Ages, a patient – whether in need of urgent care, chronically suffering, or in the grips of a temporary malaise – had three potential sources of professional medical care: the surgeon, who might relieve them of an infected tooth or, more gravely, a limb; the doctor, who would assess critical cases and prescribe treatments; and the pharmacist, who not only doled out the prescriptions ordered by doctors, but knew remedies for a multitude of common (and uncommon) ailments.

This manuscript, TM 943, belonged to (at least) one such pharmacist, working somewhere in northern France in the mid to late sixteenth century. It includes its owner’s name in a sixteenth-century hand: “Jacqt Joanne philopharmacus” (Jacquet Joanne, doctor in pharmacy). He’s thus far unidentified, but may perhaps appear somewhere in a French town archive. The manuscript was probably handwritten by Joanne himself, or perhaps a previous owner. Moreover, it appears to be an original, one-of-a-kind work compiled by Joanne (if Joanne was indeed the first owner), as he collected new information from books, colleagues, and experience.

While some pharmaceutical books contained medicinal recipes, many, like this one, are made up of “simples”: pure ingredients, just as they are found in nature, to be harvested, prepared, and mixed by doctors and apothecaries to create medicines. In this manuscript, the description of each simple usually includes its primary property (hot, cold, dry, or moist, according to Galenic principles), appearance, varieties, effects, and basic medicinal preparation. It opens with two alphabetical glossary-indexes, the first giving entries in Latin with their French translation and location in the book, and the second in French-to-Latin followed by location. Surely Joanne had some competence in both, but it would be a lot to ask for him to have known the Latin and French names for all 1000 substances!

Occasionally, a later hand even adds a further translation in Arabic or Greek, as seen, for example, at the entry for asparagus (f. 59).

Although literature and films often portray pre-modern medicine – or pre-modern anything, really – as quackery, full of hocus-pocus and potions, apothecaries did have a considerable amount of knowledge, and much of it was in fact useful. Many of the simples in this manuscript are still eaten and used medicinally today. Take camphor (f. 66), for instance: without it, there is no Vick’s VapoRub, an over-the-counter product used to relieve cough symptoms worldwide. Or poppy (f. 92), still used to make a number of powerful painkillers which feature heavily in today’s post-operative recovery. Chamomile (f. 124rv) is still known for its soothing effects, and is a staple in many cosmetic products and, of course, Chamomile tea.

Despite the skills of, and need for, early modern apothecaries like our Jacquet Joanne, they did not always get it right. There are a number of unusual medicinal simples, such as hippopotamus (f. 166), electric ray (f. 206v), and scorpion (f. 199).

Perhaps the most peculiar to the modern reader, however, is human mummy (f. 83v): one should grind up their bones and drink the powder as a remedy against a number of infirmities (“os des corps humains pulverisez et pris en breuvage servent a beaucoup d'infirmitez”).

As odd – and nauseating – as this sounds, medical cannibalism was actually popular in Europe throughout and beyond the early modern period and is a well-researched phenomenon. 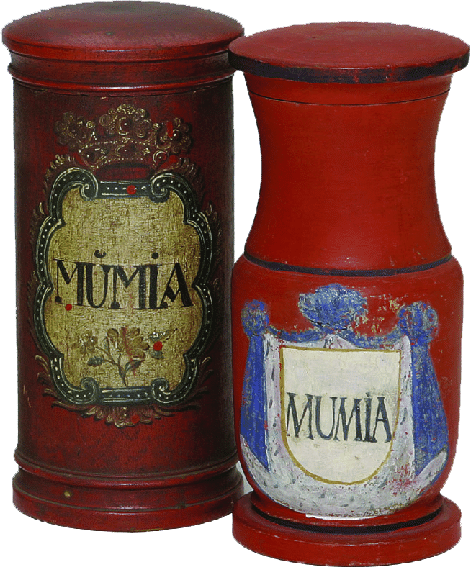 This manuscript is a remarkable (and, as yet, unstudied) testament to early modern pharmacology, a field with enormous opportunity for further research. Moreover, it speaks to one of the ways in which the world was rapidly changing in the so-called Age of Discovery, as European powers competed for dominance over colonial territories, and through them, access to trade and novel resources. One example of this is cinnamon (f. 260); although a common spice in our kitchen cupboards, cinnamon was unfamiliar and unattainable in most of Europe until the sixteenth, or even seventeenth, century. Whether a sixteenth-century northern French apothecary actually had foreign ingredients like cinnamon and mummy on his shelves, his inclusion of them in this personal book of medical simples suggests that he had hopes that, one day, he would.