“Love is a thing full of anxious fear”

An Early Reader’s Take on Boccaccio

From our archives: TM 791 is now sold

Does this sentiment strike a chord?  This post takes its title from a melancholy line of Latin poetry written in the back of a fifteenth-century Italian manuscript, our copy of Giovanni Boccaccio’s extraordinary Elegia di Madonna Fiammetta.  As you can see below, the Latin quote, “Res est soliciti plena timoris amor,” stands alone on the book’s flyleaf, the sole trace left by an early reader.

Was this a favorite quotation of this reader?  Could it have been added as a line of encouragement (or discouragement!) for the benefit of an intended recipient of the book?  Think about how you mark up your own books, what you (and perhaps others) write in their margins and endleaves.  What would someone make of those writings five hundred years from now?  What might they understand about you or your feelings about a particular book?   This inscription raises tantalizing questions about what this manuscript meant to an early reader, and some are questions we can never answer. 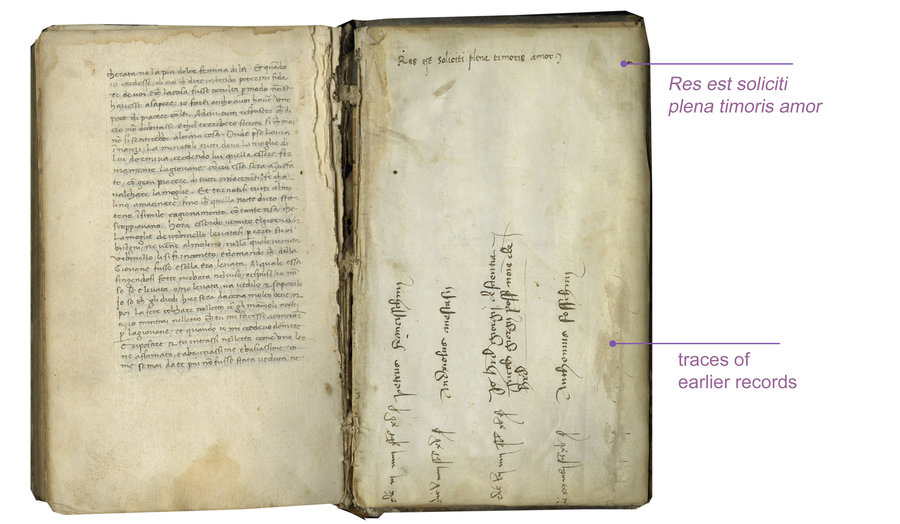 The rear flyleaf, showing signs of use prior to its inclusion in this book (hence the traces of earlier records along the bottom of the page), faces the final page of TM 791, f. 140v

But this inscription is not entirely inscrutable.  We know its source, for one thing: the Heroides, a series of poems written by the great Roman poet Ovid.  Ovid’s Heroides take the form of a series of poetic letters, written by heroines of classical mythology and literature to the lovers who have done them wrong.  This particular line comes from the first poem in the series, in which Penelope mourns her long separation from her husband Ulysses.  Here we get a powerful female perspective on the events of the great Homeric epics, the Iliad and the Odyssey.

We also know that Boccaccio, well-read humanist that he was, knew the Heroides.  In fact, he drew heavily on this work in his Italian Elegia.  Like Ovid in his Heroides, Boccacio wrote in a female voice in his Elegia, still no common thing at the dawn of the Renaissance. Boccaccio’s heroine, the lady Fiammetta, recounts in searing detail the psychological impact of her adulterous affair with one Panfilo.  Panfilo seduces Fiammetta, but eventually concocts an excuse to leave – only for a short time, he claims.  The bulk of the Elegia traces Fiammetta’s internal state as she realizes that her fickle lover has left her for another woman and as she struggles with her enduring and destructive passion. 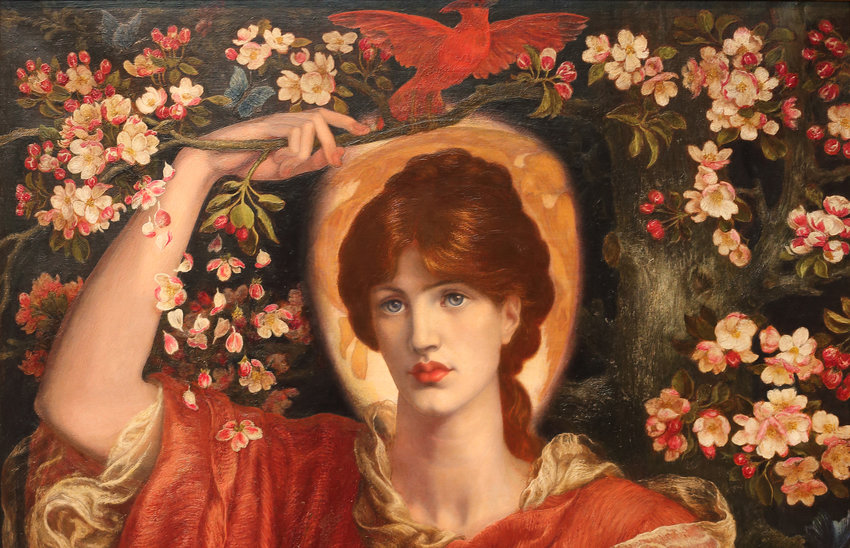 Boccaccio’s Fiammetta, as imagined by the Pre-Raphaelite Dante Gabriel Rossetti.  Fiammetta appears in other works by Boccaccio and was once thought to have been based on a real woman, Boccaccio’s beloved and muse.  One of his sonnets about Fiammetta inspired Rossetti’s Vision of Fiammetta, painted in 1878 (detail)

No light read, the Elegia has rightly been dubbed one of the earliest novels invested in psychological realism.  And the Ovidian verse, “Love is a thing full of anxious fear,” is in many ways a perfect summation of its emotional thrust.  Indeed, Fiammetta expresses this view herself near the close of the Elegia. 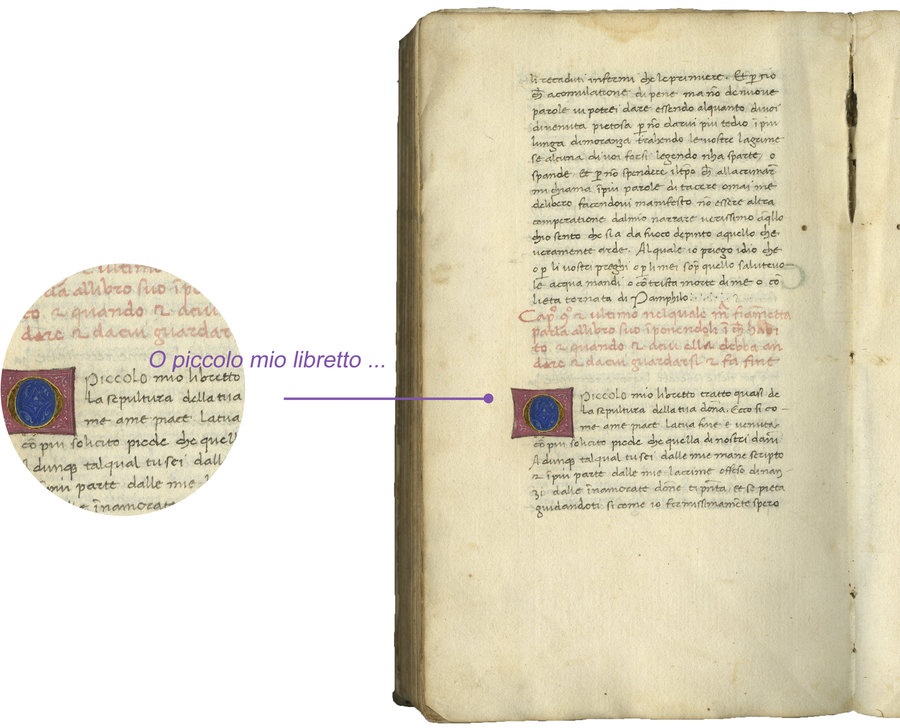 At the opening of the ninth and final chapter of the Elegia, shown here, FIammetta addresses her own book, "O piccolo mio libretto," and bids it present itself, stained with her tears, as a warning to women in love, TM 791, f. 135v

Seen in this light, the Latin verse packs a serious punch at the back of the book.  It suggests that this particular expression resonated powerfully with the reader, all the more so, perhaps, because the reader knew its classical source as well (this is Ovid’s Latin, after all, and not Boccaccio’s Italian!).  This line gives voice to two women’s anxious fears – fears, perhaps, that an early reader knew all to well him- (or her-!) self.