Les Enluminures publishes three series of catalogues devoted to the study of text manuscripts. The “Text Manuscripts” catalogues are full-length publications that examine different aspects, functions, and traditions in manuscript production during the Middle Ages and the Renaissance. Our “Primers" present small curated collections of manuscripts, introducing specific genres of medieval manuscripts to a wider audience.  See below for our complete list; all are available for purchase and may be ordered below. We also publish a series of e-Catalogues, Exploring Text Manuscripts, which can be downloaded by following the links below. 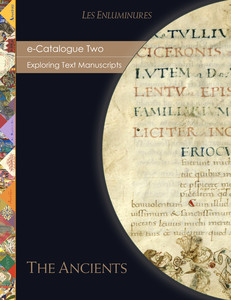 This new series of e-Catalogues focuses on select themes of text manuscripts available in our inventory on www.textmanuscripts.com.

Sallust, Plutarch, Cicero, Juvenal, Boethius–are these authors we still read? that we should still read? Certainly, they have shaped our society.  As the historian Mary Beard says, “many of our most fundamental assumptions about power, citizenship, responsibility, political violence, empire, luxury, beauty, and even humour, have been formed, and tested, in dialogue with the Romans and their writing.” 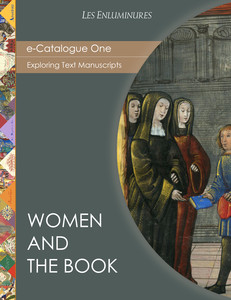 E-CATALOGUE ONE: WOMEN AND THE BOOK

This new series of e-Catalogues focuses on select themes of text manuscripts available in our inventory on www.textmanuscripts.com.

Manuscripts made and/or owned by women offer one of the best and most vivid resources for telling the stories of these women, secular and religious, young and old, high-born and common. Seven of the manuscripts in our new list were owned by, and often made by, nuns; the lives of secular women are revealed in three special manuscripts. For the classroom and the collector, these manuscripts bring to life the roles women played in society. 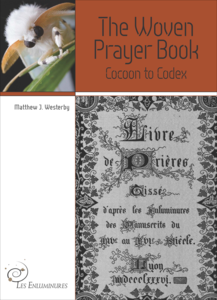 The Satellite Series enables us to explore topics at the edges of our core inventory, looking ath the big picture and connections across media. It is fitting that the first "satellite" is focused on neo-Gothic books woven with silk. Matthew J. Westerby excellent essay presents new findings on five books programmed with punch cards and produced with Jacquard looms in Lyon for submission to the 1889 World's Fair. 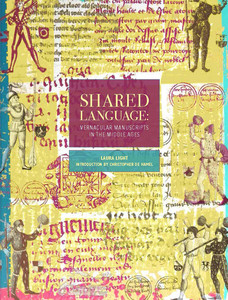 The thirty-six manuscripts included in this catalogue provide viewers unique access to the authentic, spontaneous vision of people in medieval France, Italy, Germany, the Low Countries, and Britain. 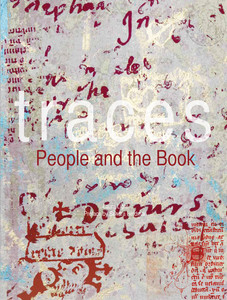 TRACES: PEOPLE AND THE BOOK

Text by Laura Light with a preface by Sandra Hindman, fully illustrated, in English

This catalogue focuses on books as material artifacts made and used by people: the people in the book, the people who made them, and (even more) the people who used them, read them and owned them. TEXT MANUSCRIPTS vol. 6 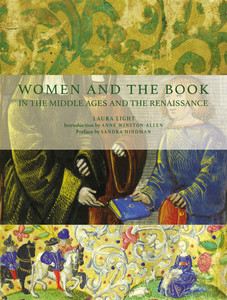 WOMEN AND THE BOOK IN THE MIDDLE AGES AND THE RENAISSANCE

Text by Laura Light with an introduction by Anne Winston-Allen, 127 pp., fully illustrated, in English

This catalogue showcases thirty-six manuscripts that demonstrate the important role that women played as authors, artists, scribes, patrons, and book-owners throughout the Middle Ages and the Renaissance. TEXT MANUSCRIPTS vol. 5 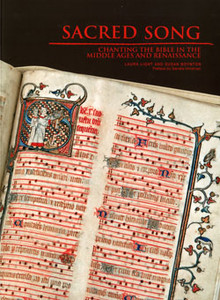 SACRED SONG - CHANTING THE BIBLE IN THE MIDDLE AGES AND RENAISSANCE

The fourth in our series of Text Manuscripts catalogues, "Sacred Song: Chanting the Bible in the Middle Ages and Renaissance," brings together thirty-two manuscripts from the fourteenth to the nineteenth centuries that represent different aspects of the chant tradition, as well as other forms of sacred music. TEXT MANUSCRIPTS vol. 4 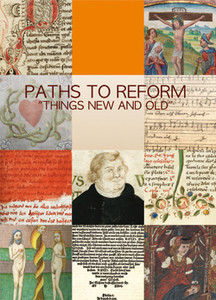 Text by Sandra Hindman and Laura Light with an introduction by David Lyle Jeffrey, 116 pp., fully illustrated, in English

This catalogue, third in a series of catalogues on text manuscripts, is called "Paths to Reform." The approximately thirty-five manuscripts presented here highlight the texts that inspired reform movements from the twelfth to the sixteenth century.  TEXT MANUSCRIPTS vol. 3 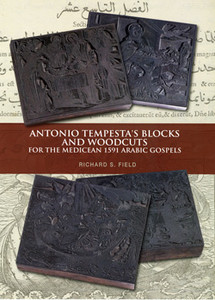 ANTONIO TEMPESTA'S BLOCKS AND WOODCUTS FOR THE MEDICEAN 1591 ARABIC GOSPELS

The essay in this catalogue examines seventy-three blocks designed by Antonio Tempesta for the Evangelium Sanctum Domini nostri Jesu Christis, the first complete Western appearance of the four canonical Gospels written in Arabic. 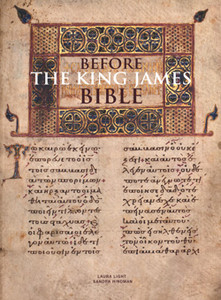 BEFORE THE KING JAMES BIBLE

This catalogue explains the pre-history of the King James Bible, “the book that changed the world,” with a complete introduction and short essays on thirty-seven manuscripts (organized in five different categories). TEXT MANUSCRIPTS vol. 2 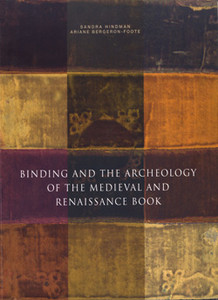 BINDING AND THE ARCHEOLOGY OF THE MEDIEVAL AND RENAISSANCE BOOK

This catalogue includes an introduction, essays, a glossary, and a complete bibliography on manuscripts with original bindings. TEXT MANUSCRIPTS vol. 1 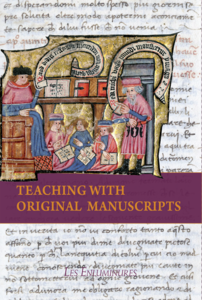 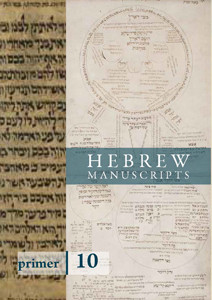 Jews have been referred to as one of the “Peoples of the Book” – and with good reason. The Hebrew Scriptures occupy a central place in Jewish cultural and political life and consciousness. 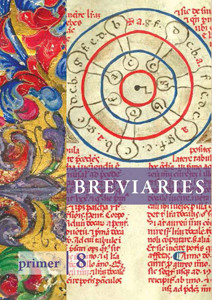 Breviaries are one of the most common types of manuscript surviving from the later Middle Ages. The introduction to this primer provides a general guide to their history and contents. 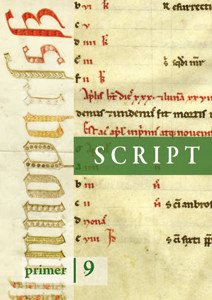 Appreciating and understanding the history of the scripts found in medieval and Renaissance manuscripts can be complicated. This is especially true for the scripts of the later Middle Ages. In this primer we focus on these later scripts, illustrated with thirteen examples dating from the late twelfth century to 1734. 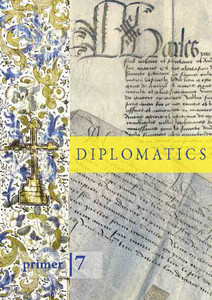 This primer provides a glimpse into the fascinating field of diplomatics, or the study of documents. Diplomatics is concerned mostly with the study of legal and administrative records through a detailed examination of their physical and textual (including linguistic) characteristics. 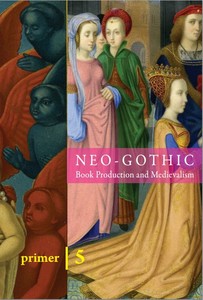 This Primer provides short introduction to a complex subject: how artists, scribes, and publishers in France, England, Germany, and the United States used the remote medieval past to articulate aesthetic principles in the book arts at the dawn of the modern era. We cover the period from about 1840 to about 1920. Although there are thirteen examples in this Primer, many include more than one work. 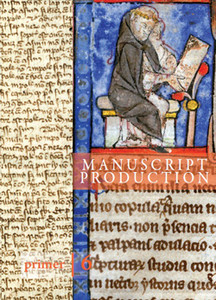 “Manuscript Production,” the sixth volume in our series of “Primers,” addresses the most basic questions: how were manuscripts made? who made them? and even (in one case), how long did it take? None of these questions are necessarily easy to answe, but, as is shown here, the first step toward an answer involves careful study of manuscripts as material artifacts. 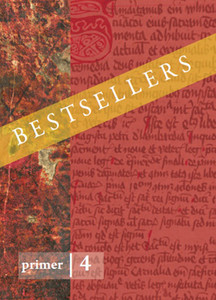 “Bestsellers,” the fourth volume in our series of “Primers,” assembles a group of manuscripts that survive in many hundreds of copies to explore the idea of the medieval “bestseller.” Medieval “bestsellers” were the texts considered truly important, and thus preferentially copied, during the Middle Ages. The texts in this collection include some that are still read today, alongside others, of equal significance, that are hardly known even to scholars and almost certainly seldom read. 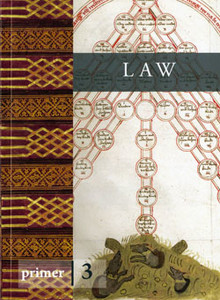 "Law," the third volume in our series of "Primers," provides an overview of one of the most complex genre of codices of the Middle Ages. The twelve manuscripts present a coherent collection tracking the development of western European law― civil and canon― from Justinian to the sixteenth century. 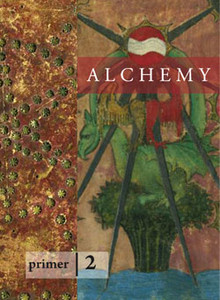 "Alchemy," the second volume in the series of “Primers,” presents ten manuscripts from the collection of Joost R. Ritman in the Bibliotheca Philosophica Hermetica in Amsterdam. Professor Principe’s contributions to this volume present a useful up-to-date guide to the often misunderstood subject and argue for the rightful position of alchemy in the development of modern science. 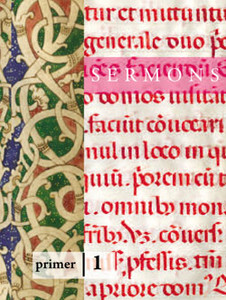 Each small volume in the new series of “Primers,” introduces one genre of medieval manuscripts to a wider audience by providing a brief, general introduction, followed by descriptions of text manuscripts that belong to that genre. Also included is additional pedagogical material appropriate to the subject. "Sermons" is the first one volume in the series.