Meet me at the Fair

The telephone, the Ferris Wheel, the first public toilet, the television, the Eiffel Tower, the incubator, the X-ray machine, even the dishwasher – these are just a few of the “firsts” exhibited at world’s fairs.

But, a book?  What kind of book could compete with a scientific novelty like Alexander Graham Bell’s telephone or an architectural wonder like Gustav Eiffel’s tower? 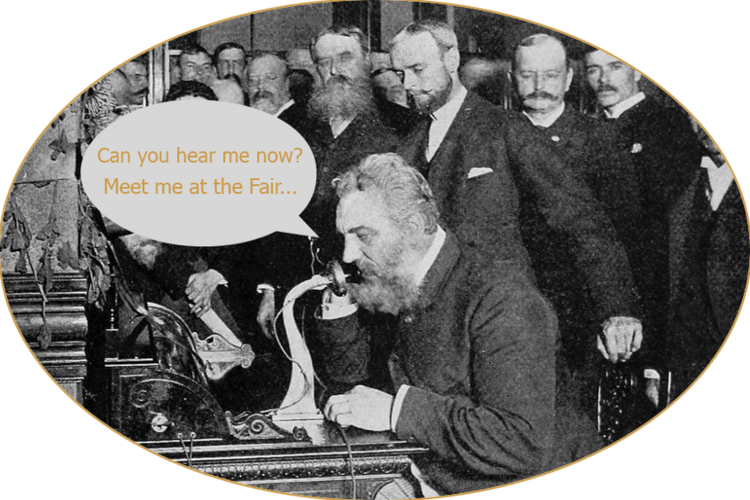 How could a book hold its own next to these remarkable achievements?  Well, there is one such book. The first (and only) woven book ever produced was displayed at the 1889 Exposition Universelle in Paris. 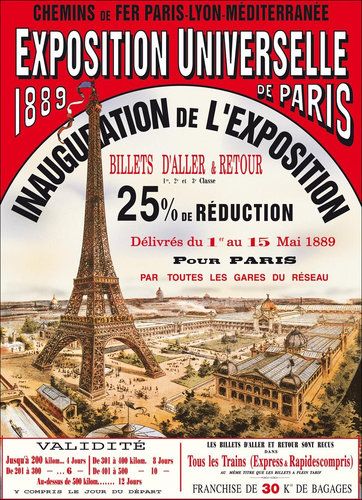 Let’s set the stage.  Mounted to celebrate the storming of the Bastille and the centennial of the French Republic, the Paris World’s Fair of 1889 was a showcase intended to attract visitors.  Its symbol, the Eiffel Tower created quite a fuss, as viewers scorned it as “giddy and ridiculous… like a big black smokestack.”  Attract visitors it did.  This world’s fair was one of the most successful of all time, setting a record of 397,000 visitors in a single day.  It has gone down in history for its exotic encounters, complete with colonial villages and Southeast Asian music.  Claude Debussy is said to have heard Javanese gamelan music there for the first time. The Mexican Pavilion featured an Aztec Palace. 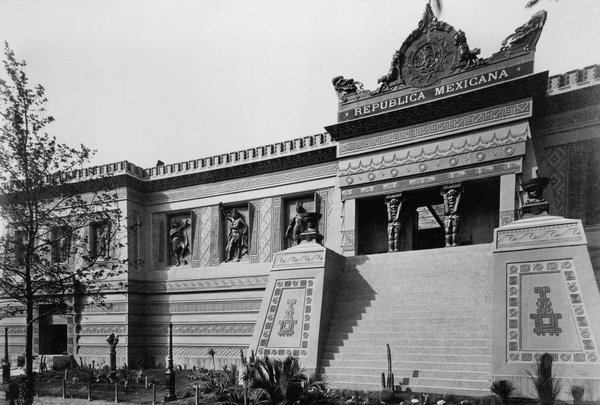 Representing the Americans, Buffalo Bill recruited the colorful sharpshooter Annie Oakley for his Wild West show, which performed before packed audiences.  Displayed in the French section, but from India, the Imperial Diamond or “Great White Diamond,” then the largest diamond in the world, was a central attraction.  Political and cultural identity vied with science and modernity to create a show-stopping event.  The fair lasted nearly six months and before it was over tallied over a total of about thirty-two million visitors. 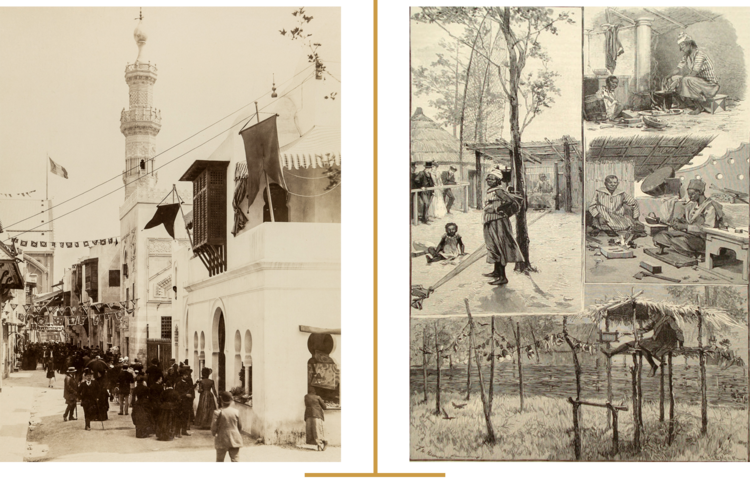 Famous for its textiles, the city of Lyons came up with the idea of creating a woven book for the fair. Local artisans programmed Jacquard looms with hundreds of thousands of punch cards (just one punch card was necessary for a single row of thread) to produce a 58-page Prayer Book known as “Livre de Prières tissé d’apres les enluminures des manuscrits du XIVe au XVIe siècle” (Book of Prayers woven after illuminations in manuscripts of the fourteenth and fifteenth century). 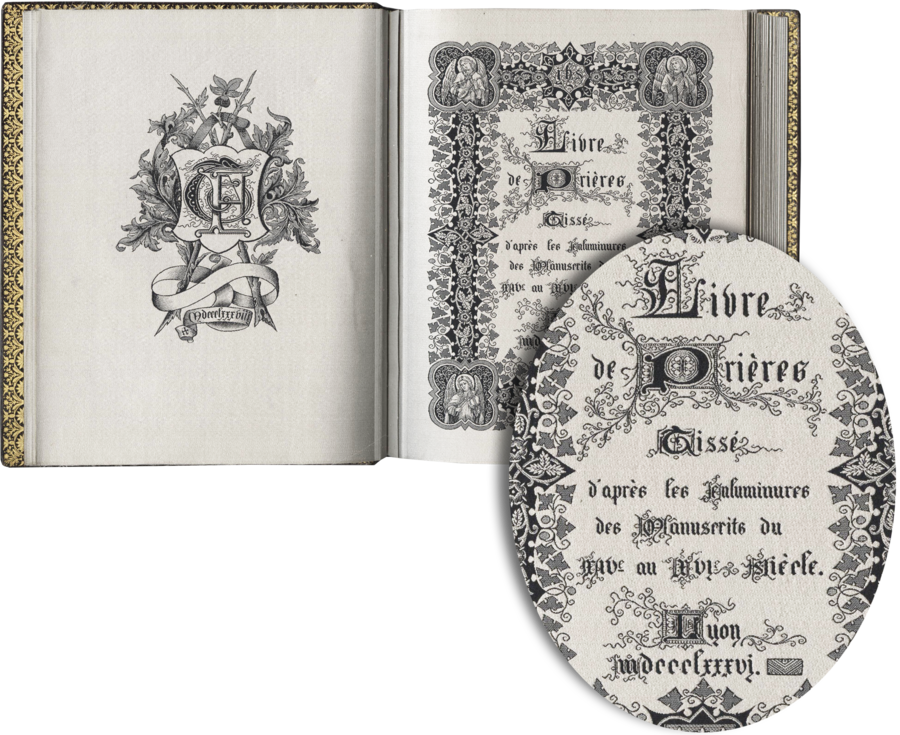 It took nearly two years and close to fifty trials before even one copy could be successfully made.  Fabric was intricately woven of fine grey and black silk threads. The fragile pieces of silk were then carefully folded in half and glued over a sheet of cardboard to give the necessary stiffening to the delicate material.  Bindings were custom-made by the latest Art Nouveau craftsmen in Paris. 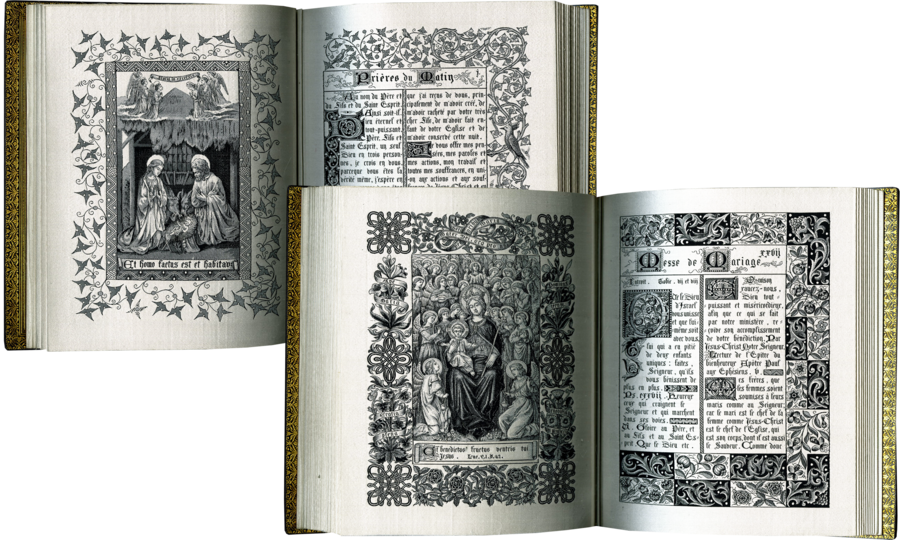 Richly illustrated with borders on every page and four large pictures, the “Livre tissé” is remarkable not only for its technology, but for its artistic design.  The donor portraits in the “Livre tissé” copy those in a Book of Hours made in Ghent c. 1425 and now in the Walters Art Museum (W. 166). 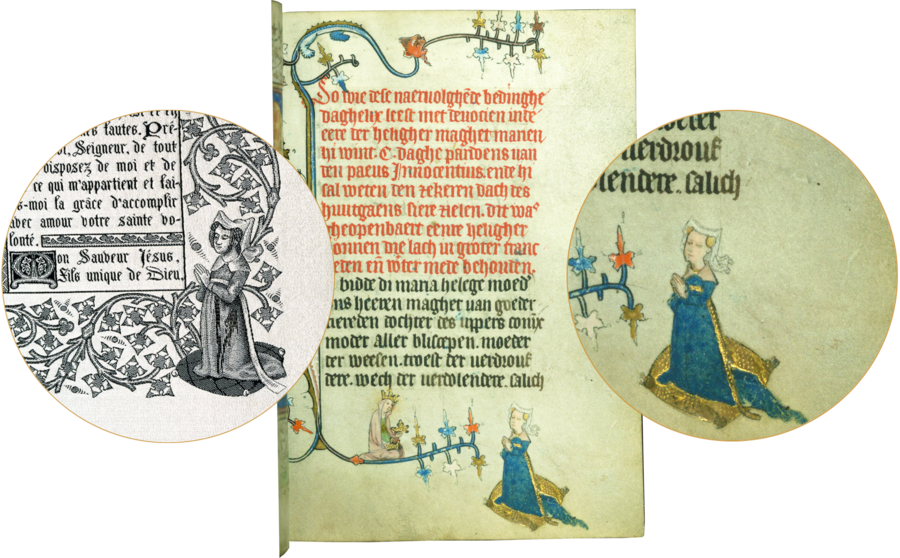 Its title page is inspired by an illumination in a manuscript known as the Grandes Heures (Paris, BnF, MS lat. 919, f. 86) commissioned by the famous Duke of Berry. 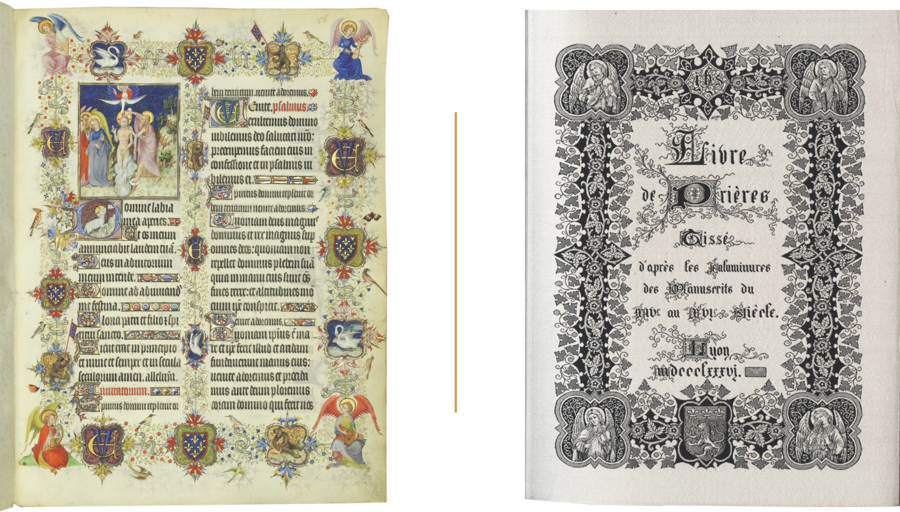 Other images come from Italian Renaissance paintings – the Linaioli Triptych attributed to Fra Angelico and Raphael’s Disputa in the Stanza della Segnatura.

Every border is different.  The designer clearly poured over medieval and Renaissance sources – widely available in chromo-lithographic facsimiles.

For today’s techies, the woven book occupies a privileged position that has little to do with its art.  Computer science enthusiasts have seized on the book’s special relationship to the computer.  The perforated cards (or the punch-card system) used for the Jacquard looms inspired the famous “Analytical Engine” conceived by Charles Babbage (1791-1871), considered the “father of the computer.” 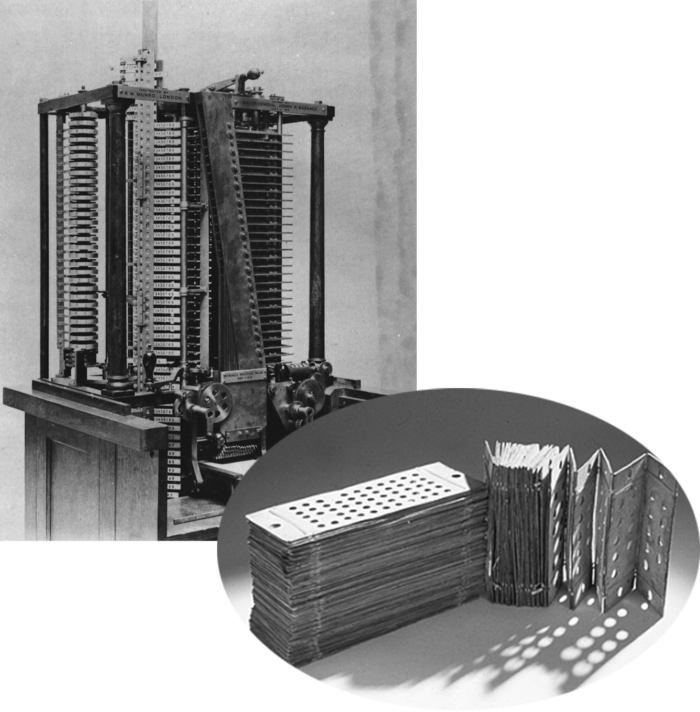 Manufacturers of the “Livre tissé” employed Babbage’s technology.  It was not until 1964 that IBM unveiled the first desktop computer at the New York World’s Fair. 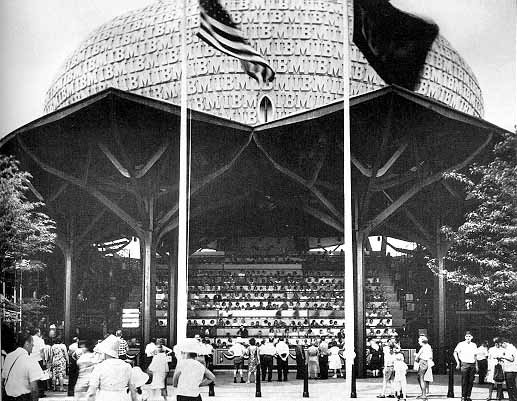 Little did IBM know (I imagine) that seventy-five years earlier a prototype for the computer, the Livre tissé, held a place of honor in the Paris World’s Fair where, incidentally, it took the Grand Prize.