AND MANY MORE TO COME

Launched in September 2002, www.textmanuscripts.com offers the largest and most wide-ranging inventory of text manuscripts currently on the market.  Numbered 1, 2, 3, and so on, manuscripts on the site have now reached the number 1000, the latter a medieval music manuscript for the Mass made more precious by the extraordinary High Renaissance, silk textile binding. 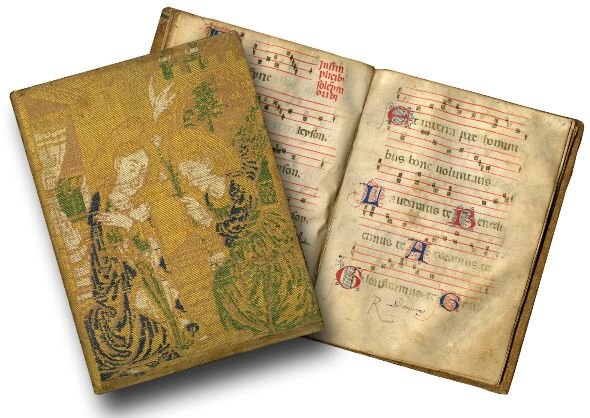 Found today in libraries and museums far and wide, text manuscripts sold over the last seventeen years by Les Enluminures live permanently in an “Archive” for future scholarly consultation.  The historic moment of the offering of TM 1000 represents a remarkable achievement that prompts a review of a few highlights from the sales of the past seventeen years. 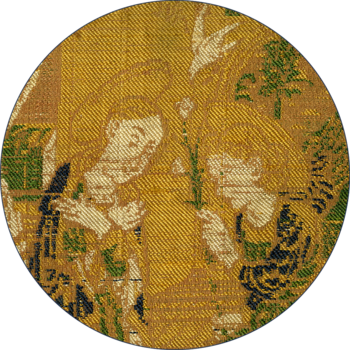 But first, let’s consider this – is one thousand manuscripts a lot?

Today’s major North American libraries advertise holdings only slightly above this quantity.  For example, the Pierpont Morgan Library claims 1,000 manuscripts, and the Beinecke Library of Yale University, which has been conspicuously acquisitive in the last half century, counts only 1,500 manuscripts that date before 1500.  Let’s look back to the Middle Ages.  Generally recognized as having “one of the largest collections of books brought together in a medieval institution” the Sorbonne University had 1,017 manuscripts in its library catalogue of 1290, a number that swelled to 1,850 in the successive catalogue of 1331 (R. H. Rouse, “The Early Library of the Sorbonne,” Scriptorium, 1967). 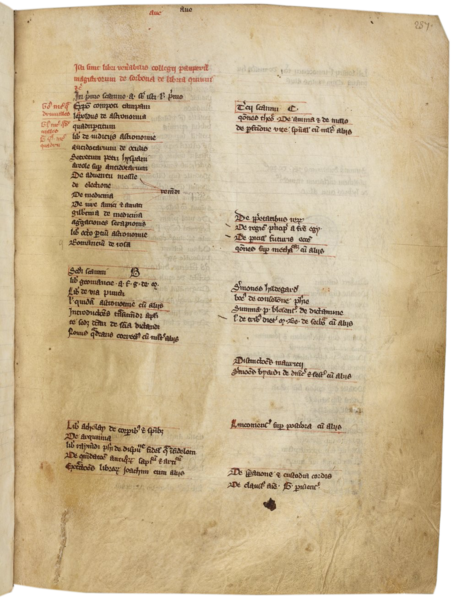 The Papal Library of Avignon exceeded this number by nearly double (2,059 manuscripts in 1369), but few if any libraries of that era ranked with those of the Sorbonne or Avignon.  The largest monastic collections of the Middle Ages – some of the most significant repositories of medieval codices – contained only between four hundred and five hundred volumes.

So, the answer is yes – one thousand manuscripts is a lot. 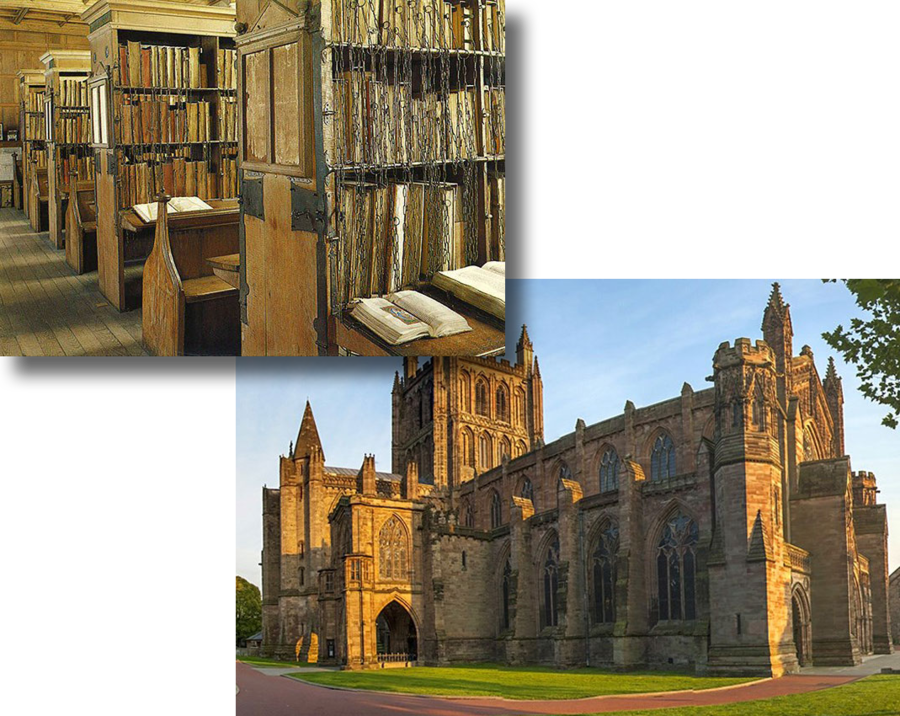 Here is a glimpse at the first manuscript we put on the site back in 2002.  Text Manuscript 1, the Prayerbook of Sister Renée Hennequin, dated c. 1550, now belongs to the University of California at Los Angeles, where it has the shelf mark Rouse MS 111.  In many ways TM 1 is representative of the 1000 manuscripts that followed it.  It is unillustrated, on paper, bound in its early mid-sixteenth century calf, and bears indications of original provenance on its flyleaf: “A soeur Renee Hennequin” (belonging to sister Renée Hennequin). 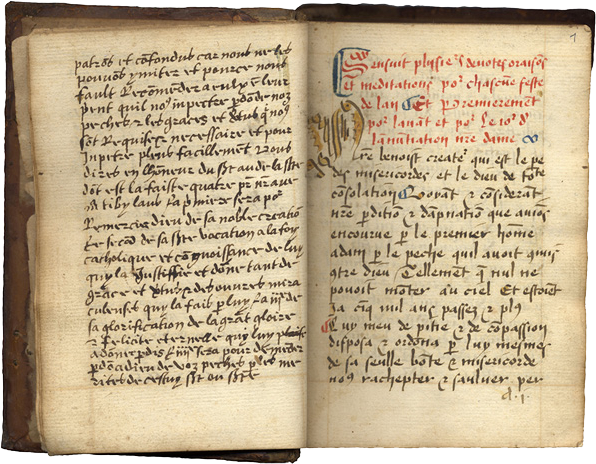 TM 1, S'ensuit plusieurs devotes oraisons… [Book for the liturgical year], In French with some Latin, manuscript on paper, Paris, Convent of the Filles-Dieu, c. 1550. Now at the University of California at Los Angeles (Rouse MS 111).

Renée was a nun at the French convent of the Filles-Dieu, a dependency of the Abbey of Fontevraud, the rich library of which was mostly destroyed in a famous shipwreck, making this manuscript an important document that sheds light on the devotional practices of the Order. Like many of the manuscripts that have found homes in institutional libraries, Renée’s Prayerbook has been the subject of further study and is now published.  It contains many unusual prayers in the vernacular beginning “S’ensuit plusieurs …” (There follow many …), the short-hand title Les Enluminures gave to the manuscript.  How fortuitous a title that turned out to be.

The Royal Abbey of Our Lady of Fontevraud.

Indeed, there follow many.  For example, TM 53 is now known as The Dartmouth Brut Chronicle, Dartmouth College, Rauner Special Collections Library, Codex MS 003183, which presents a unique version of the Middle English prose history of Britain. Further study on the manuscript, including a scholarly conference devoted to it in 2011 and the publication of the proceedings in “Digital Philology” in 2014, have led to new findings on this copy. Nearly two hundred related copies of this chronicle exist today, each recounting Britain’s history from the arrival of Brutus from Troy (hence the name Brut) through the reign of King Arthur to various endpoints in the fifteenth century. However, the Dartmouth Brut’s omission of four chapters after the death of Arthur establish it as an idiosyncratic text unique in the recension and one that offers a singular perspective on the history of Britain. The manuscript includes more than two hundred and fifty annotations by three readers over several centuries, revealing a sustained interest in the text as a primary source for facts and to teach English history to one of its subsequent owners. 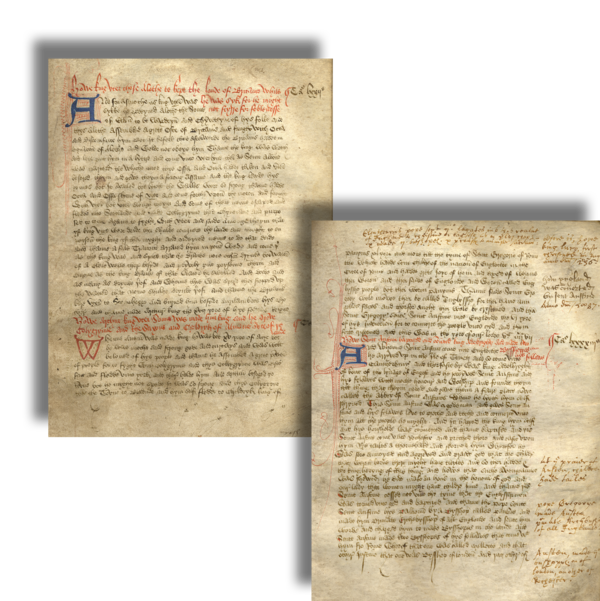 One of the most interesting consequences of the ongoing study of the Dartmouth Brut has been the creation of a digital surrogate of the manuscript and an exploration of the implications of the surrogate in a project called “Remix the Manuscript.” Remix the Manuscript is an experiment in how digital technologies affect access and understanding of material culture. As people invent new tools and interfaces, the earlier ones become obsolete, and the very nature of archives changes. The project explains that its intention is to study the “process of processing.” One document (e.g., the Brut Chronicle) becomes an expandable database, prompting greater understanding of how technology shapes historical information. Elaborating on the idea of “remix,” the project stresses that a (the) chronicle text itself is a remix of sources whose structures can be explored with data processing tools, reflecting the spirit of the research project – an ongoing narrative of events, questions, and detours.  Far from being the definitive stand-in of an object, a digital reproduction depends on the software and hardware, which themselves determine what we can see and what even counts as information.  Remix the Manuscript thus confronts head on the study of the manuscript in the Humanities in digital times. 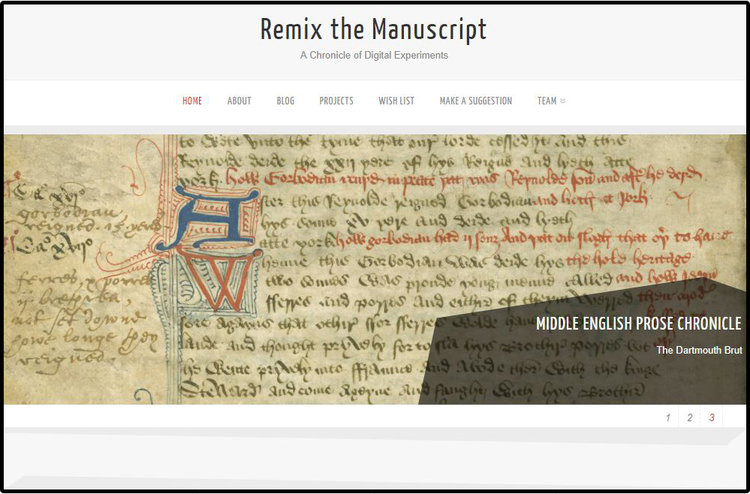 “Remix the Manuscript”, An experiment in how digital technologies affect access and understanding of material culture. https://sites.dartmouth.edu/RemixBrut/

Another good example of a manuscript that has been the focus of an in-depth study since its acquisition is TM 360, the Liber Ordinarius of Nivelles, now in the Houghton Library of Harvard University, where it is MS lat. 422. The Liber Ordinarius not only represents the earliest surviving manuscript from one of the oldest and most venerable monastic institutions in the Empire, it also offers a goldmine of information about its history, liturgy, and architecture. Fourteen contributions to The Liber Ordinarius of Nivelles: Liturgy as Interdisciplinary Intersection, edited by Jeffrey F. Hamburger and Eva Schlotheuber (forthcoming Tübingen: Mohr Siebeck, 2019), introduce the manuscript to scholars in medieval history, liturgy, musicology, and the history of art and architecture through detailed analyses of the content and context that make it a document of outstanding importance for the study of high and later medieval monasticism. In addition to the analytical essays, the volume also includes an edition of the documents included in the manuscript along with the liturgical instructions, the majority of them previously unknown, that, taken as a whole, provide insight into the politics and power struggles at the abbey in the thirteenth and early fourteenth century. 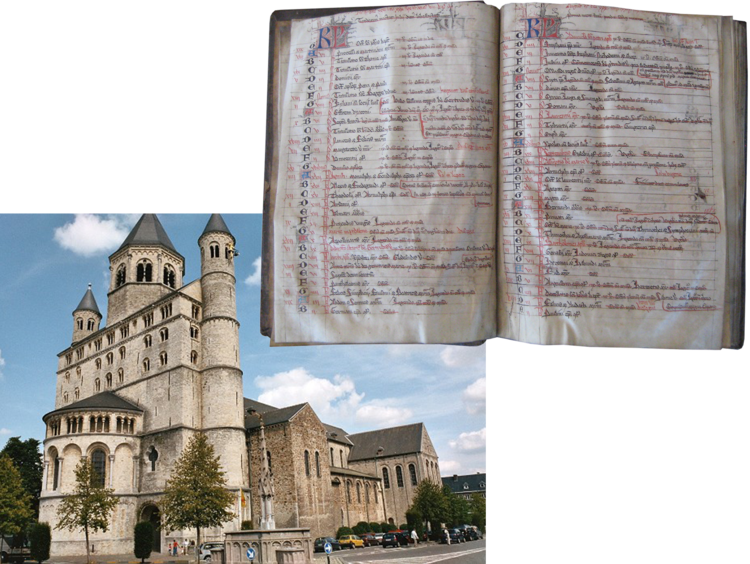 It would not be an exaggeration to state that TM 686 was one of the most important manuscripts ever sold by Les Enluminures, despite its modest appearance.  This Franciscan manuscript, now Paris, Bibliothèque nationale de France, MS n.a.l. 3245, brought to light a new Life of St. Francis by Thomas of Celano.  The discovery of the tiny (12 x 8 cm.), unassuming, even ugly manuscript (a fitting echo of the poverty and humility of St. Francis and his early followers) was greeted with astonishment by the scholarly community and beyond, attracting attention of the international press around the world.  Jacques Dalarun's edition of the Life of St. Francis appeared in 2015, and translations into French, English, Italian, German, Portuguese (and more) followed shortly after.  The importance of the entire contents of this manuscript meanwhile has continued to emerge, thanks to the work of a team of scholars, whose preliminary findings were presented at a colloquium in Paris in 2017, organized by the Bibliothèque nationale de France et l’Institut de recherche et d’histoire des textes (CNRS).  This manuscript has now inspired more than sixty scholarly articles and books. 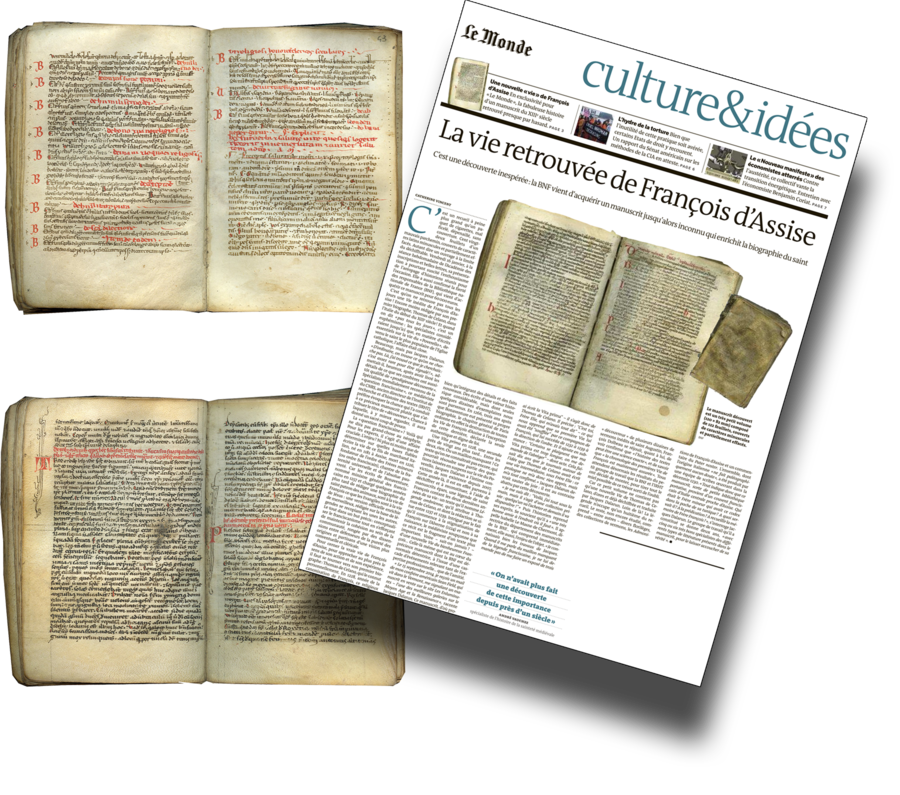 Every medieval manuscript was made and decorated by hand for a particular purpose at a certain moment in history. Nearly everything we know about the early history of language, literature, the Bible, poetry, music, art, family life, medicine, travel, science, religion, philosophy, and piety comes to us through manuscripts and cannot be studied without them.  To hold and to turn the pages of a manuscript is to touch hands directly with medieval Europe.

What do the next seventeen years hold in store for www.textmanuscripts.com? It’s hard to predict. When the site was founded in 2002, there were “only” three million sites, whereas today in 2019 there are two billion sites.  The chief search engine in 2002 was not Google but Yahoo.  Only 9% of the world used the internet then, as compared to today’s 56%.  Predictably, we see more and more traffic on our site each year (including subscribers to this very Blog).  Each year more institutions seek out text manuscripts not only for advanced research but also for use in the classroom.  The extent to which facsimiles, simulacrums, digital surrogates can effectively substitute for experiencing the “original” remains a much-debated open question.  But, one thing is clear:  the number of medieval manuscripts remaining in private hands gets fewer and fewer every year, and those that remain become more valuable and more keenly sought after. 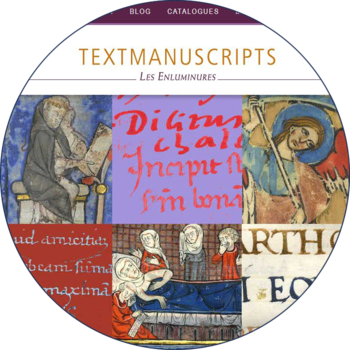 Through in-depth descriptions and its Archive, www.textmanuscripts.com celebrates each of these 1000-plus manuscripts for anyone who delights in experiencing and knowing about the European Middle Ages, at any level.